The foundation was established to honour John & Pat Hume, who worked side by side for decades to bring positive change to the lives of the people of Derry and Northern Ireland. Their story illuminates the meaning of leadership for peaceful change. 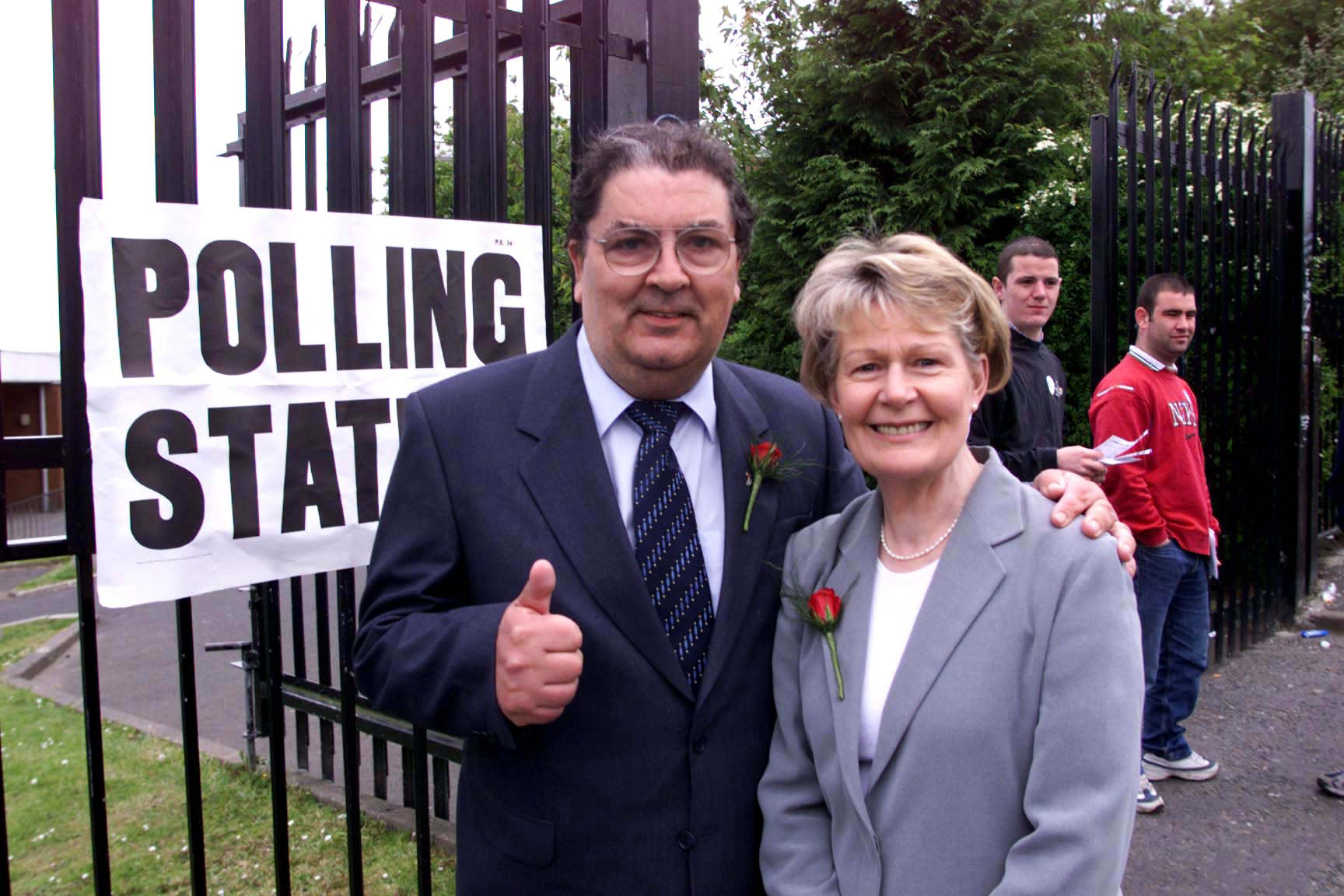 Growing up, John and Pat Hume witnessed poverty, poor housing, inequality and injustice in their home town of Derry. These experiences shaped their life-long commitment to peace and social justice. At the age of 27, John Hume became the youngest ever president of the Irish League of Credit Unions. John Hume led the Civil Rights Movement against discrimination and electoral abuse. The ensuing struggle for civil rights for all citizens of Northern Ireland, and his deep commitment to non-violence, drew him inevitably into politics.

Read more about the civil rights movement in NI in the RTE archives. 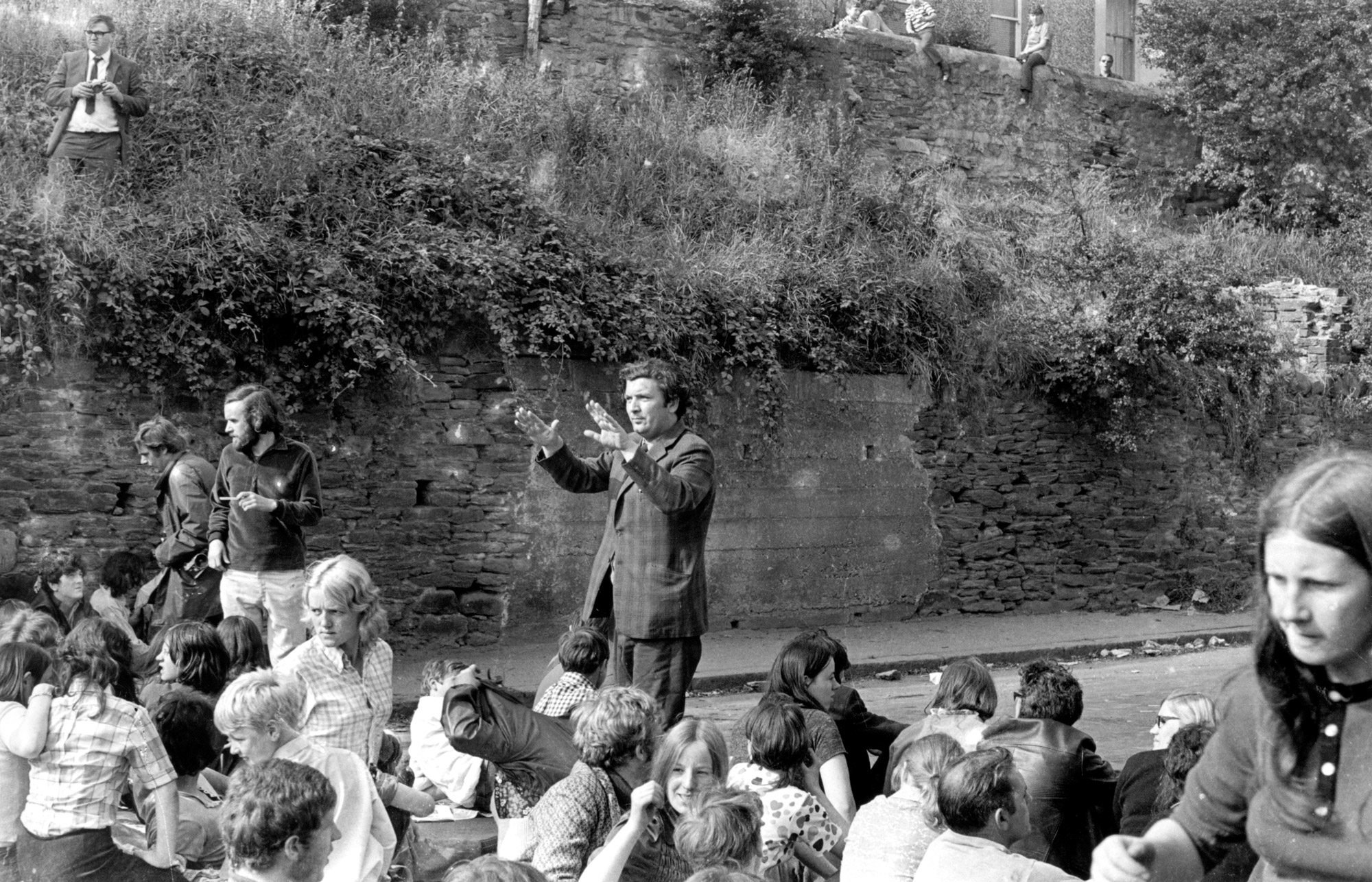 For twenty-two years, John was leader of the Social Democratic and Labour Party (SDLP), representing the people of Foyle as their Member of Parliament from 1983 to 2005. His wife and partner, Pat, ran his constituency office from the early days of the Civil Rights Movement, right through the darkest days of the troubles, and the Good Friday Agreement of 1998 — of which John was a chief architect — until John retired in 2005. Pat was his backbone and his trusted advisor, as well as being the point of contact on the ground to whom many of the families of Derry went for help and support on a wide range of issues.

Read more at the Academy of Achievement. 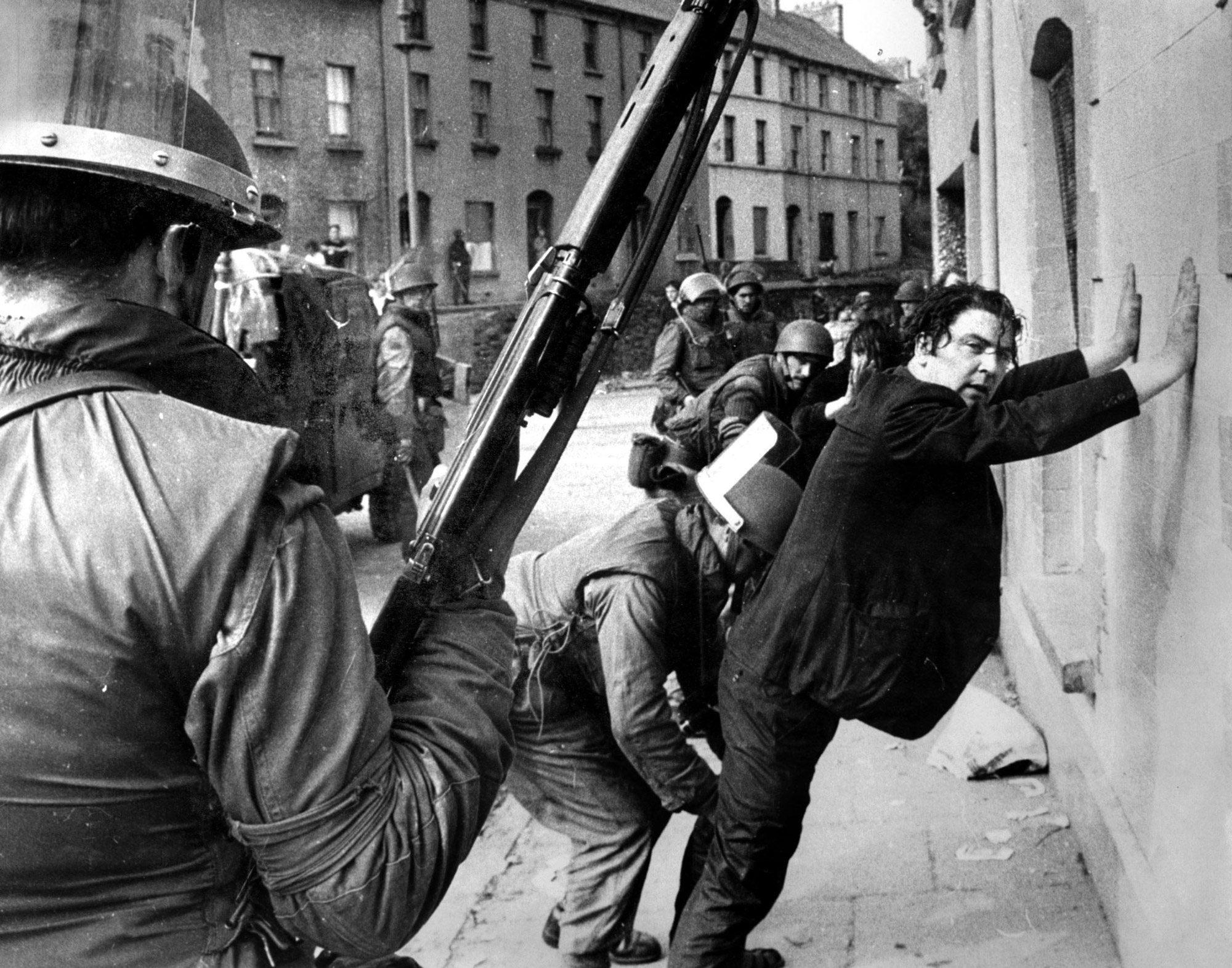 From the early 1960s John drew inspiration from the Civil Rights Movement in the US and especially from one of its great leaders Martin Luther King Jr. John visited the US frequently and developed close links with prominent Irish -American politicians and with successive US Presidents from Jimmy Carter through to President William Jefferson Clinton, impressing on them his peaceful approach to conflict resolution in Northern Ireland. Pat remained at home where she was his eyes and ears on the ground. More than keeping him informed, it was often Pat's critical interpretation of events that shaped John's thinking, and reaction to events that frequently seemed to be spiralling out of control.
‍
Read more about John Hume in America.

“Difference is of the essence of humanity. Difference is an accident of birth and it should therefore never be the source of hatred or conflict.” — John Hume

John Hume being searched by British soldier in Derry 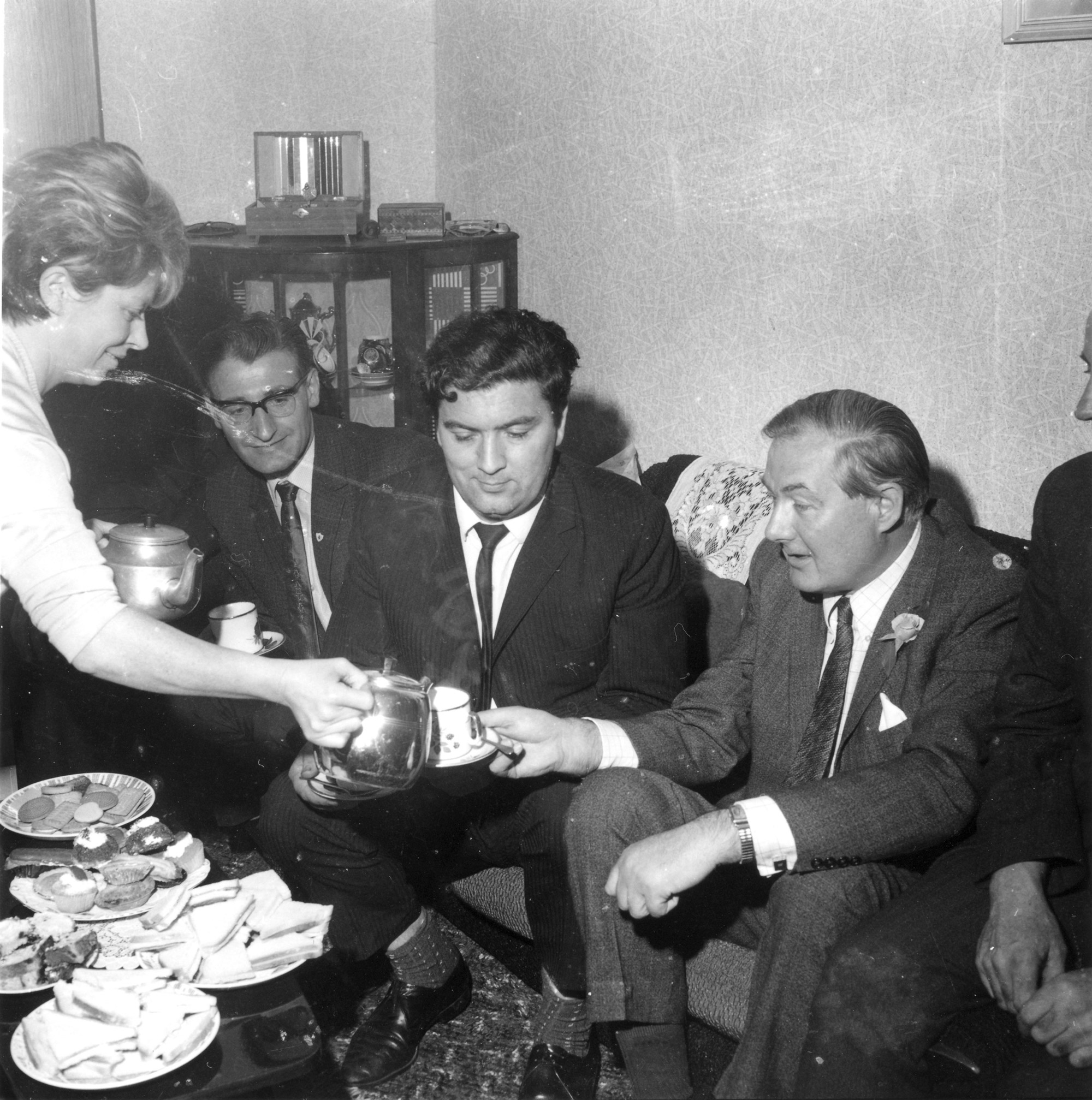 In 1979, John was elected as a member of the European Parliament. The principles he observed in the EU — respect for difference, representation of all people, and  "the spilling of sweat, not blood," informed his approach to seeking a lasting resolution to the conflict in Northern Ireland. Many of the major political developments that eventually helped to bring peace to Northern Ireland came about as a direct result of John and Pat’s thinking and actions, from the Sunningdale Agreement to the Anglo-Irish Agreement and finally the Good Friday Agreement. For his work, John Hume has been awarded the Nobel Peace Prize, the Gandhi Peace Prize and the Martin Luther King Award. Ever conscious of supporting those in need John donated all his prize money to social justice charities.

“I want to see Ireland as an example to men and women everywhere of what can be achieved by living for ideals, rather than fighting for them, and by viewing each and every person as worthy of respect and honour.”  — John Hume (Nobel Speech)

John Hume with Jim Callaghan, Prime Minister of the UK 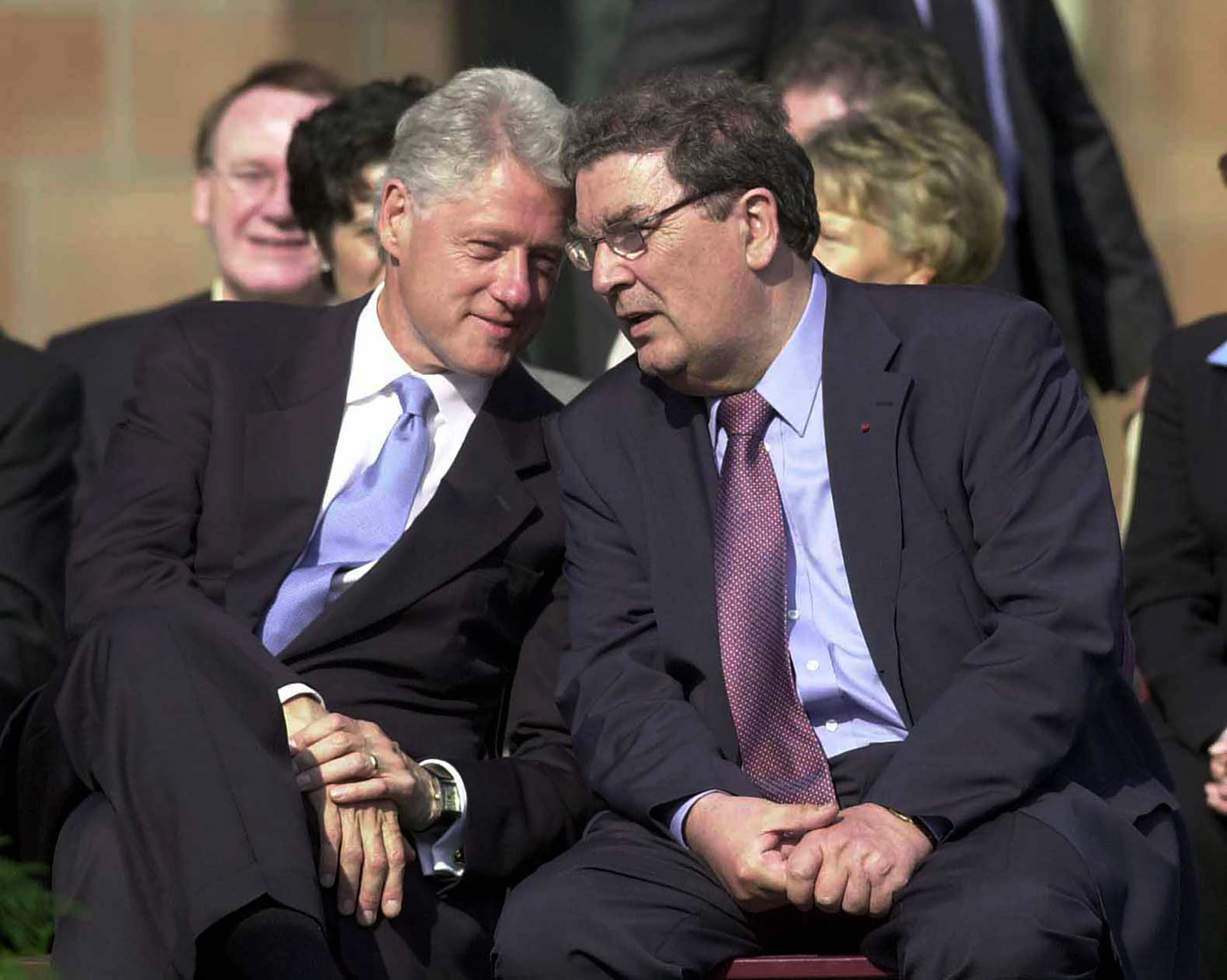 John and Pat Hume’s work has changed the lives of people in myriad ways. From John’s early days as the youngest ever President of the Irish League of Credit Unions, to their tireless constituency work in the streets of Derry — from first steps into the corridors of power in Westminster, to forging alliances in Washington and Brussels, everything stemmed from the simple truths that guided and sustained their vision for peaceful change.
‍
Find out more about John Hume and the Nobel Prize.

John and Bill Clinton in Derry. 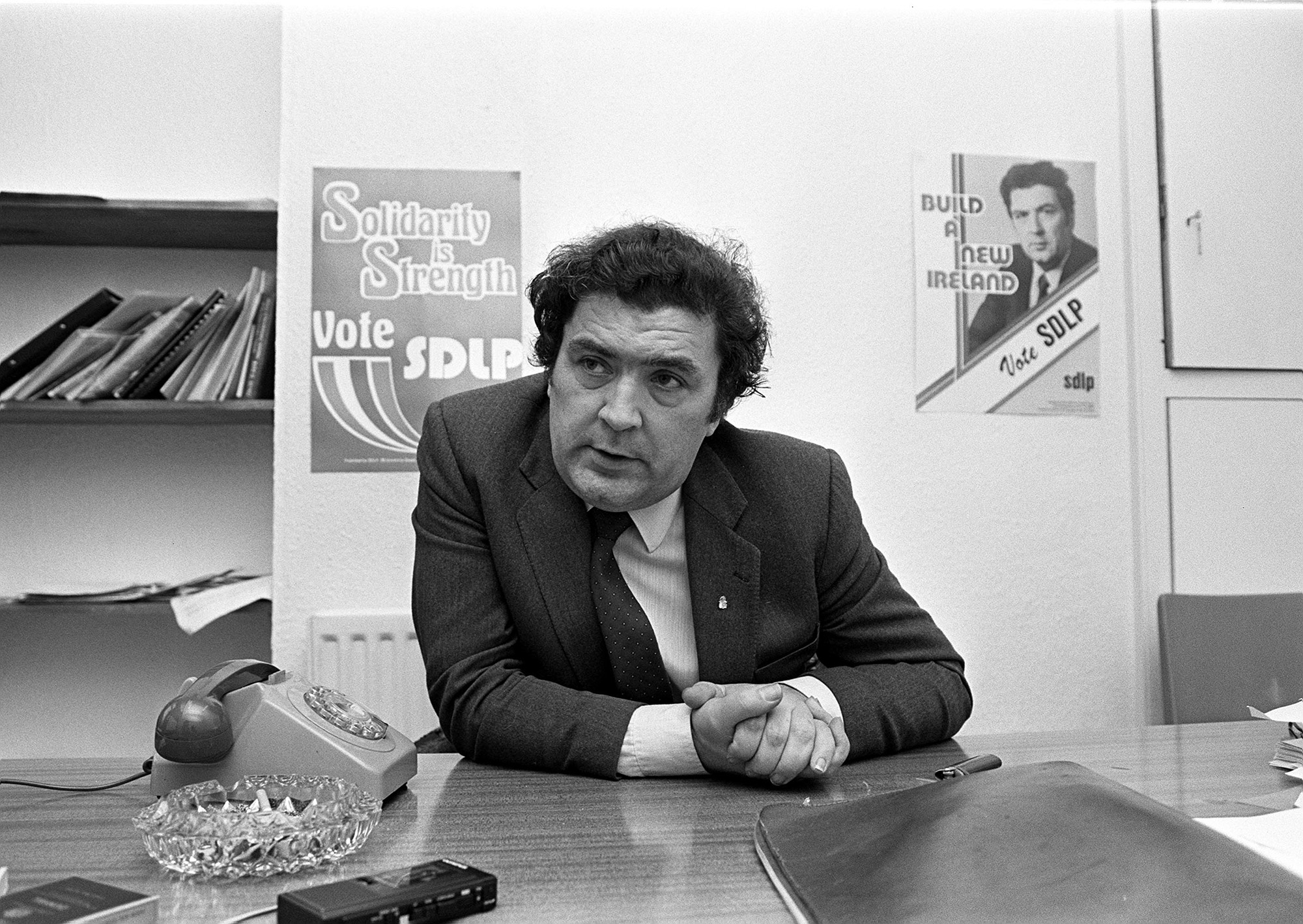 Everyone deserves respect — based on genuine understanding of their point of view and empathy for their fears and needs. Change must be made in partnership through finding common ground — by celebrating, not just tolerating difference and by being truly inclusive. The process of peaceful change is a long-term endeavour, requiring resilience and courage in the face of opposition.
‍
By the time of his death in 2020, John’s solid, modest determination and unshakeable faith in the power of dialogue over violence had come to be recognised as the bedrock upon which peace in Ireland was built. The life he shared with his wife and partner Pat is an example of grit and humanity that continues to guide the work of the John & Pat Hume Foundation — today and into the future.

We support and inspire leadership for peaceful change through a range of thought-shaping, outreach and support activities.

We are governed by a cross-community board of varying faiths and viewpoints who share the belief that difference is of the essence of humanity.